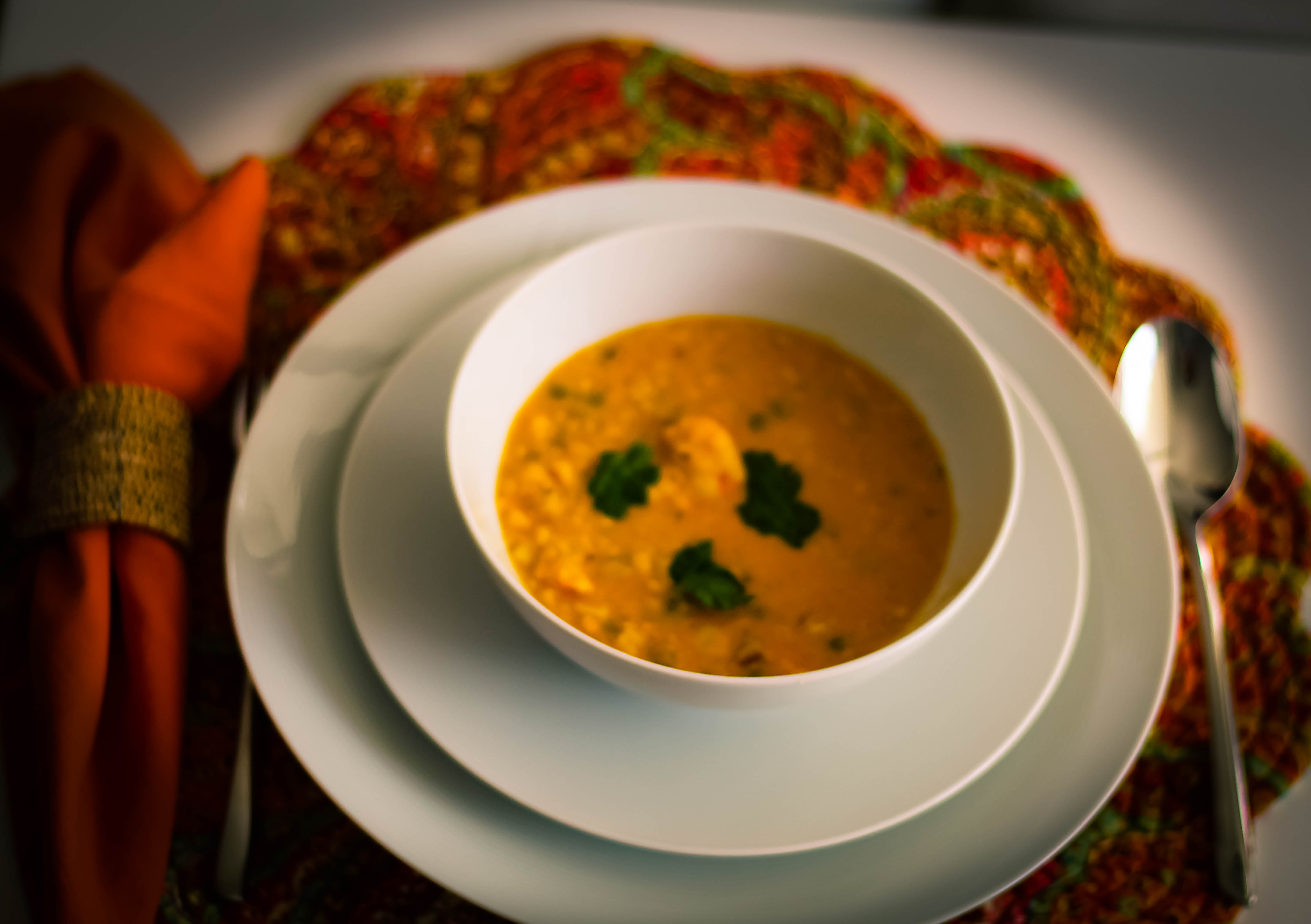 Before I made this recipe, I did a lot of research; I went through Peruvian cookbooks and intensely browsed the Internet. I then took the best part of each recipe in order to create my own. The only downside: most supermarkets in Miami don’t sell fresh shrimp with the head, which is the tastiest part of the shrimp and really improves the flavor of the dish. So, I went to Casablanca Seafood to make the broth with the shells and the heads. The broth: delicious! 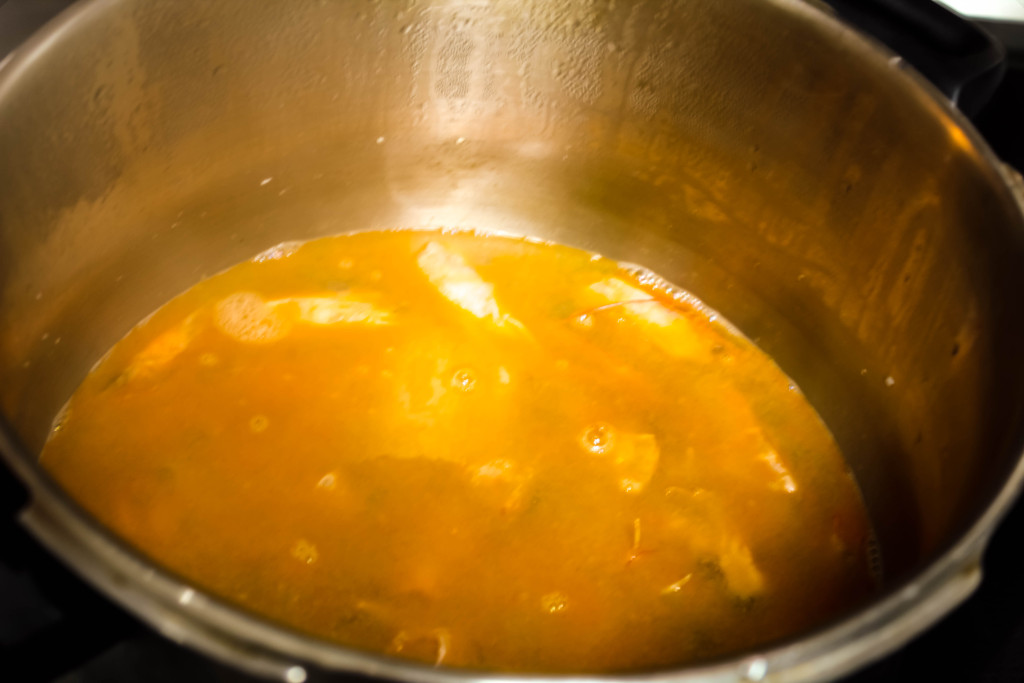 When you serve Shrimp Chupe, you don’t need another course in the meal. It’s really exquisite and one of my favorite Peruvian dishes. Since this was my own version of the recipe, I decided not to add the eggs, which are included in the original one.

Fry the shrimp shells on 1 tablespoon of olive oil, stirring frequently. Add ½ cup of white wine and bring to a boil. Add water to cover the peels and let simmer for 40 minutes. Set the broth aside until it cools down. Process it in the blender and strain. Set aside to use later.

Fry the annatto seeds in a large saucepan over medium heat until the oil turns red (don’t let the annatto seeds get dark). Take out the annatto seeds, and then add the onion, the garlic, the aji amarillo and the oregano until golden. Add the tomato paste and the shrimp stock and bring the mixture to a boil. Turn the heat to medium low, add the rice and let it cook for 15 minutes.

Add the corn slices and the potatoes and let them simmer until the potatoes are tender. Add the shrimp, salt, pepper, green peas and turn off the heat. Put aside and add the heavy cream and the cheese. Serve in large bowls and garnish with cilantro leaves.