Running away from hurricane Irma and getting back 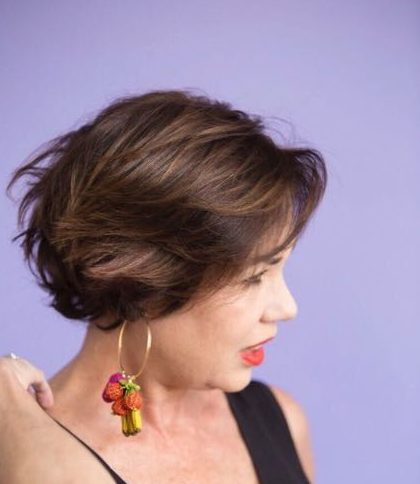 Running away from IRMA

First of all, I would like to thank you for your messages and prayers before, during and post-hurricane IRMA. They meant the world to me during those stressful days and kept my spirits high in spite of all.

Travelling is one of my passions but evacuating is quite a different story. You didn’t plan it; you were urged to do it because there was an imminent risk to your property and to your life. I appreciate all the efforts Florida authorities made to keep us safe and informed prior, during and after Irma.

On Sunday, September 3rd I went to a barbecue party, and nobody was talking about Irma yet. I spent Monday working and planning on different things, but Tuesday morning I started to receive different messages in my WhatsApp inquiring what my plan was, where would I go in case of a mandatory evacuation, did I have water? Non-perishable food? Gas? Frankly, I thought that it was just usual pre-hurricane craziness that I had previously experienced during the past five years. 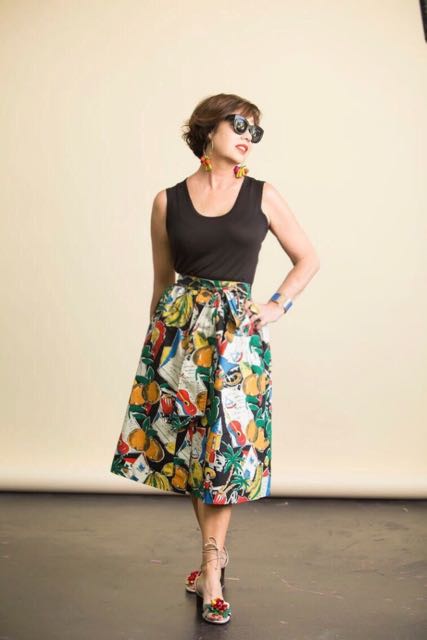 After seeing the news and learned that we were in a mandatory evacuating zone we decided to go. We wanted to go to New York, and I thought it would be great since it was fashion week, but airplane tickets were sold out to fly to every single place in the US by Tuesday morning. A great friend of mine called and told me to join her on her way to Atlanta since the objective was to leave Florida and head up North. We were fortunate to find hotel accommodations; some Floridians had to go farther since hotels in Atlanta were already full. 6 million people drive from Florida to Georgia, Tenessee and The Carolinas.

On the Road to Atlanta

Jose and I left our apartment in Brickell Key on Thursday, September 7th at noon. We chatted, listened to music and started to check on Jose’s son and some friends who were also on the road earlier than us. Everything was okay, and we were supposed to reach Atlanta passed Midnight, not so bad, considering the thousands of people leaving the State at the same time. We had no choice but to drive straight to Atlanta since there wasn’t any Hotel or motel available to spend the night.

We stayed positive and prayed that Irma wouldn’t hit Florida or at least not as strong as the forecasts predicted. I sang I danced and laughed. We were happy to go to Georgia and spend some days getting to know Atlanta. Then the traffic started to get crazy; we spent almost 3 hours in Okeechobee County and began to feel anxious due to the lack of Gas Stations nearby. As we continued our trip, we were able to find Gas twice, but traffic was still high. On Friday morning at 8:30 am we arrived safely but exhausted at our hotel to check in. We’ve spent 18 and a half hours driving with only two stops to fill the car tank with gas. We were so tired that barely had some breakfast and went to bed.

Out and about in Atlanta

On Saturday I decided to go out and about in Atlanta, and I found the city quite charming. I went to SCAD Fashion Museum and enjoyed an exquisite exhibition of Guo Pei, the premier Chinese couturier. Then I followed a friend’s recommendations and went to Ponce City Market, a very nice mall built on an old Sears& Roebuck building located on the Beltline. It has a great food hall, some nice shops, flats, and offices. It was certainly charming, and people were super friendly. I went to a restaurant called The Mercury where I had the most delicious crab croquettes.

After that, I went to explore antique shops nearby and totally enjoyed the experience even though I wasn’t planning to buy anything. In the future, I plan to visit Atlanta properly because there are great antiques there, which I love.

Even if you want to, it is impossible to disconnect from what is happening in your hometown

You can’t just simply disconnect when a hurricane like “Irmaggedon” is hitting your city
Sunday was a nightmare since we couldn’t stop watching the news and zillions of videos of Irma damages in Brickell Avenue, Coral Gables, Midtown, MiMo district and in the entire State. I called my condo because I knew people were working and assisting residents who decided not to evacuate. I couldn’t be more thankful to God when the front desk girl told me that the building had not suffered and never went out of power. We were very fortunate and blessed since we live in a tiny island called Brickell Key and lots of people told us that it would be terrible, well it wasn’t, turns out that it never went out of power and there was no flooding.

On the other hand, some of our friends didn’t evacuate, and we were anxious about them, as well as the thousands that were seriously affected.

The bad and the Good

There were awful stories, like the eight people who died in a nursing home in Ft. Lauderdale due to lack of power and AC. As well as other deaths in the Keys, and many other tragedies. These stories broke my heart, but there are also great stories to tell about, such as the initiative of Miami Stylist & Blogger Kelly Saks, and designer Briana Guerra who volunteered to bring coffee, water, and food to a low-income building in Little Havana. She used her social media to call for volunteers to assist the building residents who are old, some handicapped and had no power.

Many local businesses are offering help to those residents who still have no power or have damages in their properties.
Here is the list of hotels and restaurants that are committed to the post-Irma relief of the community, Big Thumbs Up to all of them!

Thank you to Tara Ink team for providing the information!

The Miami Beach hotel is offering a special offer for those affected by the storm. The “Call Faena Hotel Miami Beach Home” package offers the property as a sanctuary to regroup and decompress, with a team dedicated to making guests comfortable during their stay. The offer is valid from September 16 through October 16 and available to Florida residents only. Guests must present valid Florida IS upon arrival. Pets allowed.

As of September 20, Casa Faena will offer the “Mi Casa es Su Casa” package, welcoming neighbors to call the boutique property home while weathering the aftermath of Hurricane Irma. Offer valid for stays September 20 through October 16, 2017, and available to Florida residents only. Guests must present valid Florida ID upon arrival. Pets allowed.

Nautilus Hotel and the Cabana Club restaurant
Are giving 20% of proceeds for rooms booked to globalgiving.com by using the code IrmaRelief. Please see link below for additional information:
http://web.safecrm.com/K809EW90DU281UP6G2ISQUDM4XLZ7OEDIEFZ9FHEGEJ6A7JXEE183U4DQQ15A0AHJ6EG2AOY54C4.html

The Diplomat Beach Resort
The hotel fully reopened all outlets on Saturday, Sept. 16th including its ten food and beverage outlets. The Diplomat is currently proud to be serving as the South Florida headquarters for 400+ FPL emergency response team workers at a highly discounted special room rate as to help serve our community with city wide recovery efforts. They collectively felt that getting other businesses, hotels, and local neighborhoods back on their feet would make a bigger and more immediate impact vs. any offer they could provide.

LaMuse Cafe is offering Brickell and Downtown residents complimentaryBrooklyn Roasting coffee and its signature Eggy CroSub. This coffee and Eggy offer also extend to First Responders like Fire Department, Police Department, Coast Guard, EMT personnel, etc. All locals have to do is show up, show proof of residence and say they’re there for the post-Irma donation. This offer is limited to one per person upon arrival (they must be present). LaMuse feels that helping their neighbors without power with a delicious cup of coffee and a sandwich – as well as the first responders who help us ALL – is the most DIRECT way to help the community.

LaMuse is also located within Avant Gallery at the EPIC Hotel, and the gallery has confirmed they will donate a portion of their gallery sales to the Miami chapter of Habitat for Humanity through the end of September

We’re on hurricane season and there are starting to send alerts on a new hurricane, called Maria. Even though I know that it will be scary and awful to stay, I feel safe in my apartment and I believe that If I stay, I would be able to assist and give a hand to others who might need it.

I hope that Maria won’t come to hit us because there are many people who have not been able to settle yet.